My Most Embarrassing Mistake With Horses. 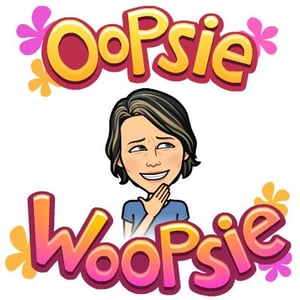 James Joyce said: "Mistakes are the portals of discovery." That's probably the last thing you want to hear someone say to you when you're looking through the not-yet-settled dust of a recent mess-up... But it's true. At the end of this blog there's a video where I tell the story of my most embarrassing moment with a horse and how it truly was a portal into something wonderful.

Recovering from mistakes is a necessary life skill and is for sure a necessary horsemanship skill. The bumps and bruises to our bodies can turn into long-standing injuries in the form of scar tissue, lack of mobility, and physical compensations that can take years of focused physical therapies to unwind.

The same is true for our minds. When our ego takes a hit, we can fall into defensive or defeated postures. We can also start patterns of blaming, hiding, avoiding, or even lying to ourselves and others. If it was a scary mistake we can hold on to the trauma by replaying it again and again and again, holding ourselves in a self-fulfilling, self-perpetuating, deja vu-esque downward spiral.

We can build the skills we need to dust ourselves off, learn, and move on. (Easier said than done).

The only real mistake is to not learn from whatever happened. Paulo Coelho said: "A mistake made more than once is a decision.". Often, the reason we don't learn from mistakes is because we don't really want to face them. We are embarrassed so we hide them. Maybe we don't even tell anyone else that it happened. Maybe we pretend they didn't happen and don't even let ourselves think about them (except to replay them inside our heads with a mental sound-track of: 'You idiot, you idiot, you idiot' ).

The quicker we can see mistakes for what they are: Accidents, or unintended consequences, or information missed, or a bumble or a fumble, the sooner we can move on. We've got to be OK with making mistakes. They aren't inherently 'bad'.

Below are some of the ways that I help myself over-come these seemingly unfortunate moments.

Own it. Raise your hand and take responsibility: "Well, that didn't work out the way I hoped!" or "Wow, I really messed that up". Do your best to interrupt the urge to blame someone or something else. 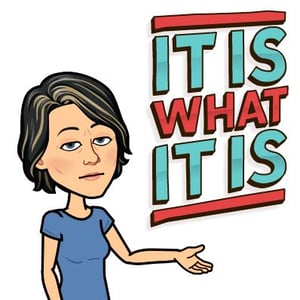 Focus on the 'What IS' : The What IS, is the dry facts. It's not what you think, or what you feel happened. It is what is: The horse spooked. You weren't ready. You dropped the line. That's it. The horse wasn't a jerk. You're not an idiot. He didn't 'do it to you'. It doesn't mean anything. Everybody wasn't thinking terrible things about you. Don't even try to guess what anyone else is thinking about it. Just go get the horse, and see if there is anything you can do differently to prevent that particular scenario from happening again.

Say you're sorry. If your mistake hurt someone else, or interrupted them in any way, apologize immediately. Then, forgive yourself.

Don't beat yourself up. Here's a fun trick: Every time you make a mistake say: "I really messed that up and I'm so sexy!". It will immediately interrupt the 'I'm such an idiot' self-talk. Share this with your friends. Think of how different it would be if right when you accidentally broke something you heard a friendly voice say: 'You broke that cup and you're so sexy!'

Be able to laugh at yourself. Often we do look pretty ridiculous when we make mistakes and it can be helpful to at least appreciate the ones that have some comedic value. (although I don't necessarily recommend using this strategy when witnessing other people's mistakes unless they are already laughing at themselves) :-)

I fell off my horse Atomic during one of our first rides... We were in the round pen at the trot, and I was bareback, riding with the halter and one rein. A butterfly flew in front of him and he struck out at it with both front legs. This made me slide back a little, which surprised him, and he started bucking. I flew off, and in mid air my phone started ringing. Once on the ground, I looked at my phone and it was Glenn Stewart calling. (Glenn is a horseman friend who specializes in colt starting). I knew he would appreciate the timing and the irony so I answered the call and said: 'You'll never guess what just happened'. I explained that I was sitting on my butt in the dirt, but had been bucked off by a butterfly right as he called. We both had a great big laugh about it. (OK, I think he laughed a little harder than I did).

Learn from it. I spent time with Pat & Linda Parelli several years ago. If someone had an 'incident' with a horse, Pat would ask them: "What happened before what happened happened?". That's a great question to get in the habit of asking yourself if you want to avoid being surprised by that particular mistake again. Most of the time there is something that you could do differently to improve things next time.

Don't dwell on it. Sometimes stuff just happens. Yes, you can still think about it and learn from it later, but sometimes in the moment you just need to simply take stock and keep going.

I used to ride a lot of young, powerful, explosive horses and I developed a trick that really helped me recover when they had bucking fits or big spooks. As soon as it was over, IF I found that I was still in the saddle, I would reach forward, pet the horse, and say (out loud): "You're OK!" I still use this technique when a horse spooks. Anyone watching thinks I am talking to the horse, which I am, but I am also talking to myself. This little technique helps me breathe, stops the grab reflex, and connects me with the horse all at once. It allows me to just keep riding and not dwell on the past. Sometime the 'mistake' is just a moment in time and once it's over, it's over. 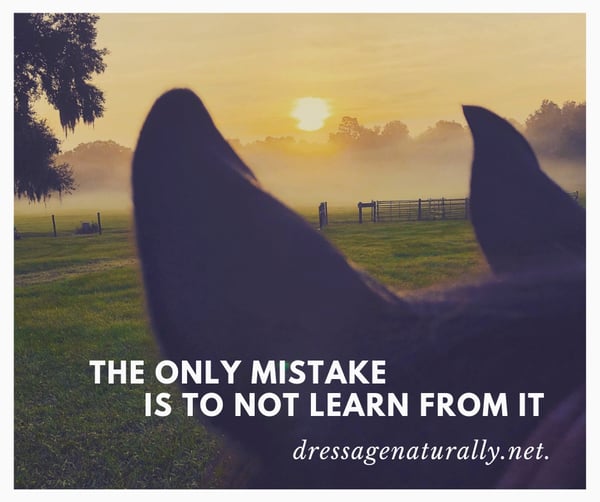 There is an old English Proverb: He who makes no mistakes never makes anything. If you can implement even one of these tips, it will help you flow over the bumpy road of real life just a little bit more smoothly. You'll be able to more quickly get on with the job of learning and improving.

You may also be pleasantly surprised at where some of those 'mistakes' lead you. One of the most embarrassing mistakes I ever made with a horse put me on the path that led me to be here with you right now. Watch the video where I tell you that story. I wonder if there are more articles about:   Life, Empowerment & Horses